What’s the next step?
How do I get my kid noticed?
What tournaments do I need to play?
How many tournaments is too many?
What is a parent’s role in the recruiting process?​
​
These are the questions that are most often heard when the subject of recruiting and junior golf comes up amongst parents.  Many of you often rely on the kindness of parents who have walked the recruiting trail before you.  It could be a family friend, your child’s swing instructor, or simply trial and error to try and answer these questions.

Fortunately for you, Collegiate Golf Connection has found a solution.  Up to now, we have simply been an information database for college coaches to evaluate junior golfers.  We have offered limited assistance to parents who have requested it.

It is with great pleasure that we introduce Bryson Worley as the Director of Recruiting and Performance.  Bryson is the Head Men’s Golf Coach for the Gainesville High School Red Elephants.  Take a minute to read more about Coach Worley and the services that he is offering.  You will see why we are excited for him to be joining our team.

Two-Time State Coach of the Year (2012, 2013)
8 –Time GACA Region Coach of the Year
5 – Time Gainesville Times Area Coach of the Year
2011 Atlanta Junior Golf Association Junior Golf Ambassador Award
Coach of the 2009 North Team in the GHSGCA Senior All-Star Matches
17th year of head golf coaching experience (Elbert County HS – 5 years, Flowery Branch HS – 1 year, Gainesville High School – 11 years)
2014 – Red Elephants had another remarkable season in which they set the school, state, and possibly the national 18-hole tournament scoring mark at 270 (-18) at the Apple Mountain Invitational. Many school and state records were set, and the 2014 squad is one of the most successful in school history, winning 9 out of 10 events, and another top-3 finish at the state tournament. The overall record for the season was 138-2-0.
2013 – Led GHS to the State AAAAA Championship after a season in which GHS won ALL 10 tournaments they entered. The overall record of the team was 129-0. The team set or tied school records, including the low team score of 289 (+1) at the State AAAAA Tournament. Five Elephants garnered first-team All-State honors, with two others earning second-team honors. All three seniors went on to play collegiately. The team finished the season ranked 1st in the coaches’ poll.
2012 – Led Gainesville to the 2012 State AAA Championship, an overall record of 149-9. Won 7 out of 10 events entered, including the Region 8AAA Championship, Hall County Championship, and the Georgia-South Carolina Cup. Set or tied numerous school records, including tying the school low round record of 289 (one-over) set by the 1978 team. In addition, numerous players garnered All-State, All-Region, or All-Area honors, including Parks Brown – the 2012 AAA Player of the Year and the 2012 AAA State Individual Champion. Both seniors signed college scholarships. The team finished the season ranked 1st in the coaches’ poll.
2011 – Led Gainesville High to its 34th Region Championship, 17thCounty Championship, and a top-5 State Championship finish. In addition, the team finished with a record of 103-25-11 with 5 tournament victories, 7 top-5 finishes, 8 top-10 finishes, and another top-5 final state ranking.
Overall record at Gainesville: 1039-309-36, 32 tournament victories, 56 top-5 finishes, 89 top-10 finishes. Never ranked outside of the top 10 in the state rankings. Wins include two State Championships and 5 Region Titles.
Overall career record: 1291-364-47, 46 tournament victories, 77 top-5 finishes, 117 top-10 finishes.
Player accomplishments: 40 All-State honors, 84 All-Area honors, 20 collegiate players, 4 professional players
Instructor/Counselor at the Chris Haack Bulldog Golf Camp (University of Georgia) since 2005.
Created “The Herd” junior golf program which produced over 80 junior golfers from ages 8-14.
Currently elected to another term on the Georgia High School Golf Coaches’ Association Executive Board (7th year), and named to the GHSA Golf Advisory Board to the Executive Director.
Participant in the 2009 Georgia State Amateur Tournament, as well as GHSA State Championships while in high school. Competes regularly in regional amateur events. Has played golf for over 30 years. 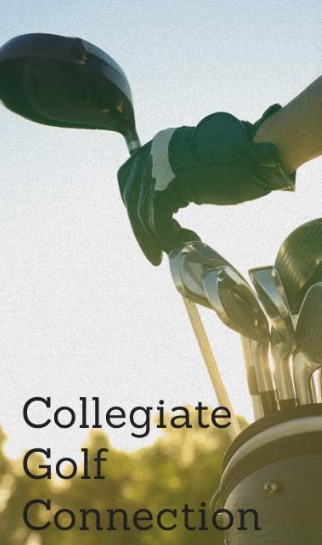